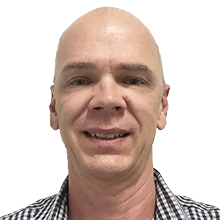 Dr Mikael Lindstedt is a senior and highly experienced chiropractor with over three decades of experience.

Mikael completed his first chiropractic education from Sweden in 1986. Post this, he pursued further chiropractic studies from RMIT in Bundoora, Australia from where he graduated in 1993. He then returned to Sweden and worked as a chiropractor for 15 months.

Following a call to start his own practice, he returned to Australia and opened his own chiropractic clinic in Bendigo. After practicing for 27 years, he felt the need for a change of scenery, and moved closer to the beach, along with his wide and dogs.

Mikael has helped patients of all ages to regain optimal function and live a better quality of life, using a mix of chiropractic techniques. In his leisure time, he enjoys spending time on the beach with his wife and pet dogs.

Any questions? Feel free to get in touch!